Having A Wild Time in Avalon

Though I haven't been chronicling my adventures throughout Avalon yet (I will start with this post though) I have been adventuring through it. I am presently in "The Wild" and it is an absolute blast. I love almost every part of the update and world. The only thing that could make it better would be a level 80 dungeon and level 78 spells but that might be a bit much. I have also noticed that throughout the world you often re-visit past areas for your quests. I really like this mechanic. It helps make a world longer without having to make entirely new areas. When you come back to an area after a long time it all feels new and it saves time for Kingsisle! Another thing I noticed about the world is that the characters are not very responsible or hard-working. The "Sword of Kings" is literally passed down from person to person and so far none of them have kept it. This shows that before the events of late that the world really didn't face many hardships or troubles this is attitude is especially true among the wealthier residents of the world (stereotype right there).
Another thing I adore about Avalon is the scenery. Everything is so detailed that I sometimes forget that this was once just computer code. Each house has it's own unique story to it that can be interpreted in many different ways personalizing the game experience toward the mind-set of each player. To me one house may have been ransacked by "Froudlings" to another the owner may just be to lazy to clean up the mess he or she made. I can look at the Toadstool Village in "The Wild" and say that all the Leprechauns there make shoes and worship Cassie the Ponycorn. Or I could state that Cassie is their prisoner. Though you could do this with other worlds it is much easier in Avalon.
So far Avalon is a fantastic world and I will be posting more in the future. Till then at the bottom are a few pictures of my adventures in Avalon. See ya in the Spiral! 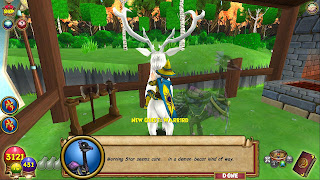 This NEEDS to be a mount. 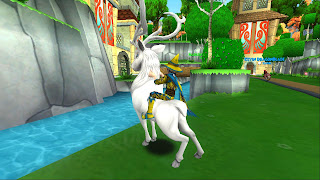 Looking out towards the moat surrounding Caer Lyon 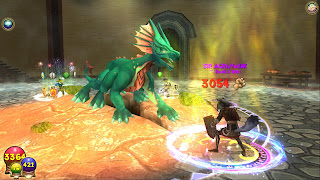 Me using Basilisk on some random fox person. 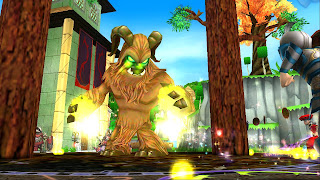 Badgers casting Forest Lord on me in High Road. 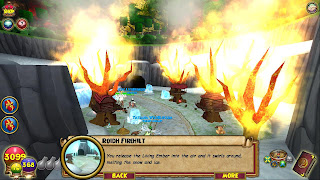 Thawing out the Fire Elf Village in "The Wild"

Posted by Abhiram Reddy at 9:46 PM

Please be nice when commenting and do not disregard others because of their personal opinions. Thank you!-Connor Mistblade